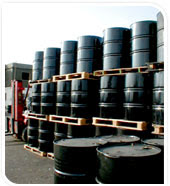 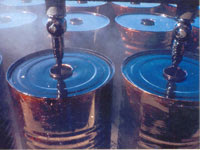 Iraq suspended crude oil exports to SK Energy in January this year, objecting to an SK Energy-led South Korean group’s agreement with Kurdistan to export oil from disputed fields. The group signed a production-sharing contract with Kurdistan for the Bazian block in northeastern Iraq, Korea National Oil Corp said on 12 November.
The Kurdish Regional Government, also known as KRG, has pursued an independent energy policy since the US invasion of Iraq in 2003. Iraq’s Oil Minister Hussain al-Shahristani has warned that Kurdish contracts will be reviewed when a federal energy law is passed and talks to date have slowly brought the two sides closer.

SK Energy was set to resume imports from Iraq as the KRG and authorities in Baghdad come closer to resolving their differences, the Seoul Economic Daily reported in June, citing an unidentified government official. The Iraqi and KRG governments have made progress in agreeing an energy law that will determine how income from oil fields is divided, the Korean-language newspaper said.
Posted by Narayanan Ellango No comments: Links to this post

Blending Plastic with Bitumen
Double the durability. The offer that comes with plastic-blended roads is welcome in a city increasingly identified by its battered roads. But the cost of technical upgrades and low customer patronage are also leaving holders of this patented technology struggling to keep afloat.
K K Plastic Waste Management (KKPWM), that pioneered the model of plastic-blended bitumen on Bangalore's roads, now plans to upgrade the technology to reach out to more. After discussions with venture capitalists failed to make headway, the proprietors are finalizing plans to start out on their own.
Under partnership with the Bruhat Bangalore Mahanagara Palike (BBMP), about 600 km of Bangalore's roads have been laid with the plastic-bitumen blend that, experts say, ensures almost double the durability of normal roads. Ahmed Khan, MD of KKPWM, says the plan is to upgrade from the present dry mix model to a wet mix model. KKPWM has bought five acres of land near Kunigal to construct a wet mix unit at an estimated cost of about Rs 5 crore.
"In the dry mix model, our staff have to monitor the entire process of mixing bitumen with plastic on the construction sites. With the wet mix, we'll be able to mix this blend with tar and supply it as a complete product. It has immense potential as an industry,'' says Khan.
Rasool Khan, director of the company, says the extra cost (see box) involved is balanced out by the extra durability. The plastic model has been used on M G Road, Cunningham Road, K H Road, J C Nagar Road, Shankar Mutt Road, Miller's Road, Cubbon Road and old roads like one in Dollars Colony.
CALL FOR MORE TAKERS
The technology involves blending of bitumen and plastic, both non-biodegradable. According to sources, more MoUs between the BBMP and KKPWM are in the pipeline but the company is also looking at partnering Bangalore Development Authority (BDA) and the public works department.
"The BBMP is our only end-user. There's a need for more civic agencies to join in,'' says Khan. Under the dry mix model, waste is segregated and powdered at the KKPWM unit and blended in equal measure with bitumen at the construction site.
THE BIG IDEA
Ahmed Khan, an entrepreneur from Krishnarajapet in Mandya, used to deal in plastic products. After the call against plastic became shriller during the mid-1990s, Khan thought of a creative way to deal with the issue and hit upon the idea of plastic-blended bitumen on roads. In partnership with researchers in road engineering, the technology was custom-made and experiments were done on roads in Maddur in 2001. The technology has found favour but is banking on bigger investment and better patronage to make the next level.
WASTE PRODUCT
Bangalore generates 35 tonnes of plastic per day
KKPWM collects 4 tonnes, pays rag-pickers Rs 6-12 per kg
BBMP purchases waste from KKPWM at Rs 27 per kg
Plastic road costs Rs 40,000 extra per km
2 tonne plastic needed for every km of road (3.5 m wide)
BEST MIX
Tar
Mix of metal aggregate, asphalt as binder
Cost: Rs 1.5-Rs 2 cr
Concrete
Mix of metal aggregate, cement as binder
Cost: Rs 4.5 cr*
Plastic
Plastic waste is cleaned, segregated and powdered. Mixed with bitumen, blended with other aggregates, then laid
Cost: Rs 1.5-Rs 2 cr
Making an accurate comparison between a tar and concrete road could be a tough ask because the performance of roads depends on many factors, including the volume of traffic.
-- Krishnareddy, chief engineer (major roads), BBMP
* Cost comparative for 3.5-m wide road of 1 km, with medium volume of traffic
* While initial investment is higher on concrete road, recurring maintenance cost is low
Posted by Narayanan Ellango No comments: Links to this post

http://ping.fm/wiqzx
Posted by Narayanan Ellango No comments: Links to this post

Yet another bitumen scandal , this time from the PWD ( Public Works Department)

Some glaring ‘loopholes’ in the functioning of the Public Works Department have come to light during the investigation into the multi crore bitumen supply scam of 2007-08 in the PWD.
The scam pertains to supply of thousands of litres of bitumen from Panipat refineries, which was inordinately delayed or never received physically, but was shown to have been received in official files.

Investigators have pointed at ‘major faults’ in the stock-keeping process of various sub-divisions of the PWD, which were never checked by the executive engineers or other senior officials for years, making things easy for the perpetrators of the scam.

Though the PWD gets its annual supply of bitumen through a PSU — Him Agro Industries Corporation —, interestingly, the department did not bother to report delay or non-delivery of stock to the PSU. It is stipulated that bitumen has to be delivered within five days of the placement of order, but at some places, the supply reached late by up to six months. Also, the rates quoted by Him Agro to transporters were found to be 60 per cent lower than the prevailing market rates

In many cases, junior engineers, who are supposed to be in charge of stock at all PWD divisions did not mention the date of receipt of the bitumen drums on the goods receipt (GR) of the truck, which made it easy for the transporter to forge the GRs. It has also been discovered that in some cases, the same vehicle has been shown in records reaching two separate destinations in different districts on the same day.
There is also no standard stock taking process being followed in all PWD divisions, which also helps in camouflaging major irregularities, revealed the probe.
Besides transporters who were engaged for transporting bitumen drums from Panipat to various destinations in Himachal and PWD officials, role of excise and taxation officials has also come under the scanner.
A senior official said the connivance of excise and taxation officials cannot be ruled out because, in many cases, the vehicle number and quantity of goods mentioned on the GRs does not match with the VAT declarations, which are checked by these officials at barriers. The fault was overlooked not once but hundreds of times in various districts as there are over 5,000 truck trips shown on paper for supplying bitumen.
As the Vigilance prepares to register the fourth FIR in the scam, more skeletons are expected to tumble out of the closet, sources said.
Posted by Narayanan Ellango 1 comment: Links to this post