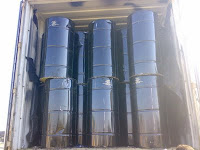 India's inflation rate for the week ended May 2 was less than one percent for the ninth successive week and dropped after four-week rise in April to 0.48% from 0.70% the week before. This was despite increase in prices of food products like pulses, cereals as also fruits and vegetables. It stood at 8.73% for the corresponding week of the preceding year, say data released Thursday by the Ministry of Commerce and Industry.

Going by provisional figures, the wholesale price index or WPI for all- commodities rose by 0.4% to 231.6 from 230.7 for the preceding week.

Inflation, based on the wholesale price index, increased mainly due to the lower prices of raw silk, tobacco, bitumen, aviation fuel, as also some manufactured products covered under all-category groups.

The final estimate of inflation for the week ended March 7 was increased to 0.89% from the earlier provisional figure of 0.44%.

The main index for primary articles rose by 0.4%, due to the higher prices of raw wool, ragi, raw rubber, sunflower, tea, raw cotton, bajra, maize, fruits and vegetables, urad as also copra. However, the prices of raw silk and tobacco declined.

The index representing fuel, power, light and lubricants rose by 0.2% due to higher prices of furnace oil, naphtha and diesel oil, while those of bitumen and aviation turbine fuel dropped.

Source- RTT News
Posted by Narayanan Ellango No comments: Links to this post

PMB - A Saviour for Mumbai Roads

Dutch tech to resist monsoons and traffic, save on maintenance cost
The surface of the Bandra Worli Sea Link will be protected from the effects of the monsoon, a cause of concern for all Mumbai roads, with an imported technology that will make it waterproof.

Polymer Modified Bitumen (PMB), imported from Netherlands, will waterproof the surface and can take high density traffic, though that is not expected on the sea link. “PMB is a relatively new treatment. It will increase elasticity and waterproof the road. Such surfaces are used on runways, which have high tension traffic. These prevent cracks,” said an official.

“PMB has unique physical properties that are used for structural and wearing courses to improve both initial and long-term performance of pavements, providing increased service life and saving maintenance cost. It can overcome the defects of a typical pavement and improve overall performance in extreme climatic conditions and under any kind of traffic conditions,” he added.

The high-tensile technology was not in the scope of work for the contractor. Thus its inclusion would raise the cost of the sea link, which has already faced severe cost escalations due to delays.

“The regular concrete surface would have developed cracks after a certain period. And in the monsoons, the cracks could have developed into potholes, had this technology not been suggested and approved,” the official added. Sources said the total cost for laying of the wearing course would be nearly Rs 14 crore. The bridge deck and approaches will need be covered with a layer of 125,000 sq metres.

The bridge will be connected end-to-end within a week, with just a span between two pillars on the Worli end left to be placed. The electrification of the 5.6-km sea link connecting the suburbs to south Mumbai has begun and is expected to be completed by mid-May. The state government, however, is yet to declare when the much awaited iconic structure would be open to traffic.

Source- Express India
Posted by Narayanan Ellango No comments: Links to this post

Though a belated move, experiment with using plastic waste in road construction, as one of the solutions to plastic waste disposal has finally begun in West Bengal. Such experiments are already underway in Tamil Nadu, Karnataka and Maharashtra.

Leading the initiative is Indian Plastic Federation (IPF) which for sometime has been eying suitable partners to undertake the experiment. Of late, it has been successful in convincing the Kalyani municipality to launch a pilot project in using plastic litter in road construction.

Under the joint initiative, the project will be executed by Kalyani municipality with technology support from IPF. The West Bengal Pollution Control Board (WBPCB) has been also been roped in as an associate.

For starters, a 1 km road within the Kalyani municipality area will be laid using polymer blended bitumen. One of the unique features of the project is that waste laminated plastic bags/ pouches, largely used for food packaging, would be used for the first time in road construction. Used plastics in shredded form will be procured by the municipality from a private plastic goods recycling unit.

IPF president KK Seksaria said the industry body, representing plastic goods manufacturers, is keen to see the success of the project to spread the scheme to other municipalities. If other municipalities follow in the footsteps of Kalyani municipality and take similar such initiatives, it would go a long way to solve the long standing problem of environmental pollution by plastic goods, he added.

Earlier, similar such experiments on a mini scale has been undertaken at IIT (Kharagpur) campus and within the area of Haldia Petrochemicals. In a show of the industry’s responsibility of disposing of plastic litters, IPF collaborated with several municipalities in the state in garbage collection in a scientific way, approved by WBPCB.

The technology for blending polymer with bitumen in road has been pioneered by Dr. R Vasudevan, head, department of chemical engineering, Madurai University. Later, the Delhi-based Indian Centre for Plastics in Environment has come forward to spread the technology across the country.

Source- Economic Times
Posted by Narayanan Ellango No comments: Links to this post 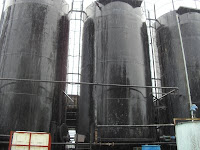 Recently Shell Bitumen, one of the bitumen suppliers inaugurated a new cold bitumen storage tank in Dubai's Jebel Ali Free Zone. The economic zone is supervised by the Jebel Ali Free Zone Authority (JAFZA) . The tank has a storage capacity of 8,000 tons and is one of the largest in the zone. With the inauguration of the tank, Shell's bitumen storage capacity at Jebel Ali has increased fourfold.
Posted by Narayanan Ellango No comments: Links to this post

Lord Mayor Campbell Newman says the council Budget will be the most difficult he has had to deliver.

Brisbane's Lord Mayor says this year's council Budget will be the most difficult he has had to deliver.

Campbell Newman recently suggested it would be no more challenging than previous ones.

But he now says rising costs and a $45 million drop off in development revenue are putting pressure on the figures.

"We're buying a lot of concrete, a lot of bitumen for example that's governed by international commodity markets, the price of oil," he said.

"We're buying in steel for various projects. These things have tracked construction price increases, rather than the normal consumer price index."

The Local Government Association has foreshadowed council rate hikes in Queensland of between 6 and 8 per cent.

Source- ABC News
Posted by Narayanan Ellango No comments: Links to this post

Old Refineries to Go in China

China will eliminate outdated refining capacity over the next few years to promote an industry upgrade, the National Development and Reform Commission said over the weekend.

The country will eliminate oil refining facilities with capacities of no more than 1 million tonnes per year (tpy) by 2011 and take measures to encourage the closure, merger or transformation of refining units with capacities of 1-2 million tpy, the commission said in a release on its website (www.ndrc.gov.cn).

The government will also prohibit any new refining projects that are built to process bitumen or heavy oil.

Regions that shut down small refining facilities will be allowed to build bigger refining projects with a total capacity equal to those being closed, the commission said. 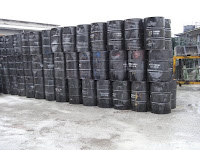 AN outstanding engineering graduate at the University of Southern Queensland has been awarded the RACQ Prize in Traffic and Highway Engineering.

Toowoomba resident Blaise Shann is the recipient of the prize, which is awarded annually to the student with the best traffic and highway engineering project in the Bachelor of Engineering course.

Mr Shann's winning project was called “Variable rate bitumen in road construction and maintenance” could be put to use in his current role with the Department of Main Roads.

He worked for the department part-time throughout his five years of study.

He said the project was born out of his need to find better ways of doing things.

“Through work I was exposed to bitumen spraying,” he said.

“And I thought the variable spraying could improve bitumen spraying efficiency.”

RACQ spokesperson Joe Fitzgerald said the award was an important means of recognising and honouring the outstanding efforts of students entering the engineering industry.

“RACQ congratulates Mr Shann on winning the RACQ Prize, which is a result of his excellent work and dedication to engineering,” Mr Fitzgerald said.

“By applying the same level of commitment in the workforce, particularly in an industry as demanding as engineering, graduates such as Blaise are doing everything they can to ensure a successful career.”

Mr Shann said he was very excited to have won the prize and complete his Bachelor of Engineering degree at USQ.
Posted by Narayanan Ellango 1 comment: Links to this post