CALGARY, Alberta (Reuters) - Suncor Energy Inc (SU.TO) on Monday reported a vapor release at its Edmonton refinery, but spokesman Brad Bellows said he did not expect a significant impact on production.
Bellows denied local media reports of a fire and explosion at the refinery, which Suncor acquired when it took over Petro-Canada earlier this month. He said there were no injuries, and no risk to the public.

The vapor release was at the coker in the 135,000 barrel a day refinery -- the part of the refinery that converts bitumen from Alberta's oilsands to lighter grades of oil.

Suncor reported an unplanned outage at the Edmonton refinery earlier this month after a hydrogen supplier suffered production problems. Its early August takeover of Petro-Canada made it Canada's biggest energy company.

(Reporting by Scott Haggett)
Source - http://www.reuters.com/article/reutersComService_3_MOLT/idUSTRE57O0AF20090825
Posted by Narayanan Ellango No comments: Links to this post


RESIDENTS of Kyotera in Rakai district were on Friday surprised when the Police invaded the LC3 chairman’s residence to search for suspected stolen property.

Residents told Police that he had hidden drums of bitumen, cement and other items supposed to be used in the construction of Mutukula road in his house.

The Police, led by Okungo and Rakai Criminal Investigation Department chief Patrick Awori, searched Lugumya’s house, but did not find any of the materials.

Seventeen empty drums of bitumen were found in the town council store.

Matovu told the Police that he was following Lugumya’s instructions.

Lugumya said: “We had about 115 empty drums of bitumen but most were stolen. We had to safeguard the remaining ones,that is why I asked the driver to take them to his home.”

He blamed the road’s site manager and assistant engineer for failing to ensure the safety of the empty drums.
http://www.newvision.co.ug/D/8/19/691646
Source-
Posted by Narayanan Ellango No comments: Links to this post


A planning permit will allow a bitumen storage facility at Crib Point that will boost state and local economies, create jobs and secure Victoria’s bitumen needs.
“The proposed facility represents an investment of around $25 million for Victoria and will create 30 full-time jobs during the two-year construction period and ongoing employment opportunities,” Mr Madden said.

He said the permit conditions would address the Advisory Committee’s concerns, particularly in relation to funding and managing road works to handle the volume of heavy vehicles visiting the facility.

The recommendation also addresses the Advisory Committee’s concerns about the clearing of native vegetation and the impacts on native wildlife through the Native Vegetation Framework.

“Importantly, while Australia faces a growing bitumen shortage, this proposed facility is important for the delivery of Victoria’s roads and other infrastructure and maintaining a competitive bitumen marketplace,” he said.

“By strategically locating the facility at Western Port, the liquid bitumen can be efficiently transported from the ships to the facility before meeting the bitumen demands of Victoria’s councils and industry.”

Boral Construction Materials proposes to construct a bitumen storage facility that will include two 10,000 cubic metre storage tanks, two smaller capacity day tanks, a loading gantry and associated infrastructure. It is not proposed to manufacture bitumen onsite.
Source- http://www.premier.vic.gov.au/minister-for-planning/decision-allows-for-$25-million-bitumen-storage-facility.html
Posted by Narayanan Ellango No comments: Links to this post 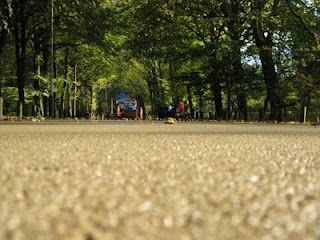 The product was officially launched in the Southern markets at a formal function here by releasing the product catalogue which was handed over by D M Reddy, Executive Director (I&C), BPCL, Mumbai, to T K Jose, Managing Director of the Roads and Bridges Development Corporation of Kerala ltd.

Besides, the refinery is also marketing NRMB (Natural Rubber Mixed Bitumen).The roads laid with this product lasts for longer period compared to traditional bitumen. Emulsion Grades, Slow setting and Rapid setting are also specialties of BPCL which can be used even during rainy season for maintenance purposes, the release said.

Source - http://www.samaylive.com/news/bpcl-introduces-viscosity-grade-bitumen/647189.html
Posted by Narayanan Ellango No comments: Links to this post 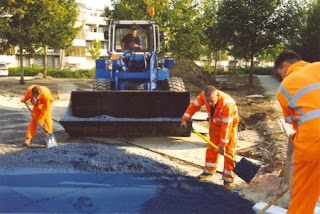 The participants of the meeting, involving representatives of JSC Soyuzdornii, discussed the issues of PBC production units launching and operating in the cities of Ufa (the Republic of Bashkiria), Bogoroditsk (the Tula Region) and Ivanteevka (the Moscow Region) in 2H2009. Production of PBB will be performed at the said units using DST-30-01 thermoplastic elastomers (TPE) produced by a SIBUR's subsidiary JSC Voronezhsintezkauchuk.

In course of the work group meeting, the parties outlined further steps to be made in the sphere of cooperation with the Ministry of Transport of the Russian Federation within the framework of a draft polymer asphalt concrete GOST reviewing.

In April 2009, following the appropriate tests performance, there was a favorable conclusion on the utilization of Russian brands of TEPs for bitumen modification gained from the Dorservis Test Center Scientific and Research Oganization based in the city of Pavlovsk.

The working group intends to keep on working on PBB producers' personnel advance training and undertake further seminars on the issues of PBB productio, transportation, storage and quality inspection.

Petrobank Energy and Resources looks a bit like an oil and gas holding company. It controls a few oil sands leases and is working on a new bitumen extraction process; it controls 67% of Petrominerales, which operates in Columbia and Peru; and it will soon own 64% of PetroBakken Energy, assuming its merger with TriStar Oil and Gas works out.
But its conglomerate status will not be around forever.
Petrobank plans to chip in its Saskatchewan Bakken holdings as part of the deal to create PetroBakken, which is why it will end up 64% of the new entity. It will receive a tidy dividend of 96 cents per share a year, but John Wright, Petrobank’s chief executive, expects that to change.
Petrobank, he said, will hand over its stake to shareholders. And when it does, it will be quick and clean.

Source- http://www.nationalpost.com/
Posted by Narayanan Ellango No comments: Links to this post

Read the full story at - http://www.ecocomposites.net/news/construction/162-pv-laminates-for-roofing-membranes.html
Posted by Narayanan Ellango No comments: Links to this post

AS work on Bundaberg Airport's runway extension moves toward completion, Bundaberg Regional Council is preparing for the next stage of the upgrade.
A spokeswoman for council said tenders are being called for to expand the passenger terminal.
“Tenders for construction of the terminal were advertised in the Bundaberg NewsMail on Saturday, and will be open for a period of four weeks,” the spokeswoman said.
Once tenders are received, council will vote on which one to accept.
“Once the successful tender has been selected and contracted by council, a meeting will be held with businesses located at the airport to outline the construction process, which will be designed to minimise disruptions to current airport operations,” the spokeswoman said.
Bundaberg Regional Mayor Lorraine Pyefinch said it was great to see the project moving forward.
“The upgrade of the airport is a major outcome of Councils' Regional Economic Development Strategy 2008 - 2014,” she said.
“Our goal is to provide significant stimulus to the region's economy - in terms of both industry and the community and this tender process brings us one step closer.”
Currently council is undertaking the final overlay of bitumen on the extended runway.
A Boral bitumen plant was constructed near the airport to provide more than 30,000 tonnes of bitumen to the project.
Weather permitting, the runway should be complete in September, however the airport cannot take passenger jets until the terminal is also upgraded to new security standards.
Council announced in March it would be spending up to $6 million to upgrade the current terminal.
Source- http://www.newmail.com.au/
Posted by Narayanan Ellango No comments: Links to this post