Oxidized Bitumen Reviews on APSense RevPage
Posted by Narayanan Ellango No comments: Links to this post

Bitumen in Drums - Windows Live
Posted by Narayanan Ellango No comments: Links to this post

A TOOLERN Vale couple are $4000 out of pocket after becoming the latest Melton shire victims of a bitumen scam.

Pensioners Anne Davies, 76, and husband Fred, 75, handed over the money to road workers who offered to lay bitumen on the couple’s driveway with materials “left over from a larger job” in Coburns Rd.

Mrs Davies claims the crew worked for no longer than 90 minutes on her Diggers Rest-Coimadai Rd property, laying asphalt that is already weed-ravaged and has begun to wash away.

Last month, Leader reported the same group demanded $6750 from an Exford couple, who refused to pay after a shoddy resurfacing job on their driveway.

Mrs Davies said the workers originally asked for $4750 in cash, but reduced the price to $4000 as an “act of goodwill”.

The couple were later forced to borrow $1000 from their son and $250 from their daughter to repay the credit card debt and interest.

The scammers issued Mrs Davies with a written receipt that had no business name, ABN number or contact details on it.

Mrs Davies, who was visibly emotional, said she was “shocked” upon learning how much the work had cost. “I kept going out and saying how much is this going to cost, and they just kept saying no worries, no worries, we’ll be right, we’ll see you right,” she said.

“They were very encouraging, like they were going to do it cheap or something.”

Mrs Davies said the group of four men appeared professional with fluoro vests and a large truck. “They seemed genuine and I trust anybody, I’m just that kind of person,” she said.

“I wouldn’t dream of conning people like that, I’d rather give them the money if they needed it.

“It makes me cry just thinking about it.”

Mrs Davies said the group’s leader was named Jamie and had an English accent, while one of the workers called Terry had an Irish accent.

Anyone approached by rogue tradesmen is urged to take down as much information as possible about them and report it to police and Consumer Affairs on 1300 558 181.

Source -
http://melton-leader.whereilive.com.au/news/story/its-another-scam-in-melton-shire/
Posted by Narayanan Ellango No comments: Links to this post 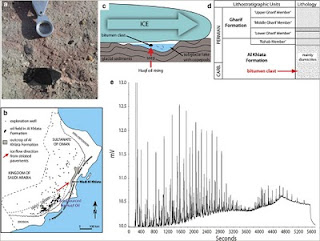