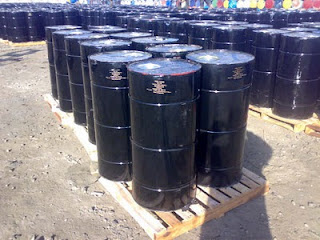 Three Kiwi companies are investigating if waste residue toner recovered from recycled cartridges can be re-used in New Zealand roads, in research that could cut the volume of crude oil imported into the country to make bitumen.

The project, which is a unique collaboration between Ricoh New Zealand, Croxley Stationery and Downer, could result in diverting as much as 15 tonnes of waste residue toner a year away from landfill and into roads.

Early testing has seen the successful inclusion of waste toner, left over from photocopiers and other Ricoh devices, in both bitumen and PMB (polymer modified bitumen). PMB has a high resistance to wear and tear and is used in heavy traffic areas, but the polymer additive is very expensive. The addition of the waste toner to this material is significantly cheaper and also a world first.

Ricoh New Zealand managing director Mike Pollok says the project is a fantastic fit with the company's focus on reducing environmental effects from its business.

"Ricoh is committed to taking responsibility for the whole-of-life impacts of its products, and finding a destination for un-used toner is a great step forward."

The Ministry for the Environment awarded $45,800 from the Waste Minimisation Fund to the project.

TRC currently recycles more than 500,000 cartridges annually. Should the project be successful, other manufacturers would be invited into the scheme to achieve the goal of 100 per cent recycling of waste toner in New Zealand.

The trial will continue testing waste toner in both PMB, the preferred option, and asphalt.

Downer, one of the country's leading designer and builder of roads, is helping to fund the research. Should the project be successful, waste toner which is currently sent to landfill could be converted into a useable product, making the cartridges and toner within them 100 per cent recyclable.


Source- http://www.voxy.co.nz/business/world-first-research-adds-waste-toner-roads/5/83936
Posted by Narayanan Ellango No comments: Links to this post

CHENNAI: A subway replacing a railway level crossing on Dharga Road in Pallavaram will be opened by state highways minister Vellakoil Saminathan on Friday, 11 years after the first government order for the project was passed.

On Thursday, state highways department workers were busy levelling both sides of the 4-metre wide service lanes to lay bitumen-topped roads. The subway is 310 metres long, 5.5 metres wide and three metres high enough for a tempo van. It has neatly laid ramps and is illuminated with 30 streets lights. A water collection pit has been also built to store excess rainwater that will flow through the stormwater drain along the service lanes. And, to help commuters reach Pallavaram railway station easily, staircases have also been built on all four sides. "The subway will bring cheer to thousands of residents," Pallavaram municipality chairman E Karunanidhi told TOI.

The Rs 17-crore subway is part of the gauge-conversion works between Tambaram and Chennai Beach and was jointly executed by Southern Railway and the state highways department. The actual work began on January 18, 2008 more than nine years after the project was first proposed by Southern Railway. After a few months, it hit a roadblock due to difficulties in land acqusisation and removal of encroachments. "A total of 2,500 sq m of land was acquired for the project and the subway is now ready," state highways department officials told The Times Of India.

Source - The Times of India http://timesofindia.indiatimes.com/city/chennai/Pallavaram-subway-to-be-opened-today/articleshow/7566467.cms#ixzz1ExXyi0ks
Posted by Narayanan Ellango No comments: Links to this post

CHENNAI: The Chennai Corporation spends crores of public money every year to improve roads but a huge number of interior roads and main thoroughfares remain in an almost permanent state of disrepair. The inferior condition of the roads, thanks to the poor quality of materials used and the lack of proper monitoring, is blamed.

The restoration of roads done by private contractors often does not withstand even the first spell of the monsoon, it is said. On Vaduvu Street in Mylapore cracks started developing a day after it was relaid, say residents. And, a portion of the relaid Nattu Subburayan Street, off the famous Mundakakanniamman Temple in Mylapore, was again damaged' and had to be repaired again. These are just two among the many complaints from localities where the corporation has begun relaying works.

The lackadaiscal attitude of civic officials in restoring the roads is a case for investigation, some say. Unlike earlier, the authorities do not visit the asphalt plants of the contractors in the suburbs and check the quality of materials such as bitumen and aggregate. They only visit the site, according to Congress councillor S Mangalraj, when the work is in progress. The corrupt practices involving officials and contractors ruined the quality-check mechanism of the corporation, the Congress member noted.

The residents of TANSI Nagar in Velachery, where some roads had been laid recently, alleged that the contractor had done a shoddy job. "Unless the correct temperature is maintained by the contractor, how can the binding material sustain for a longer time? A few portions which could not withstand the heavy vehicular movement have worn out fast. A slight drizzle is enough for the roads to see extensive damage," said M Vishwanathan of TANSI Nagar.


Courtesy - The Times of India http://timesofindia.indiatimes.com/city/chennai/Cutting-corners-leaves-roads-in-a-bad-shape/articleshow/7490624.cms#ixzz1DvEp8CvW
Posted by Narayanan Ellango No comments: Links to this post

Update on Australian Road Works after the Flood 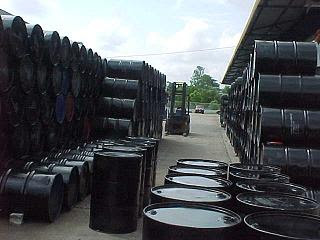 A CONTRACT has been awarded for the laying of bitumen on a 9km section of the Bruce Highway between Cooroy and Curra.


Synergy JV has been selected to undertake the third major construction associated with the upgrade of the highway between Sankeys Road and Traveston Road.

Federal Infrastructure and Transport Minister Anthony Albanese said next month the joint venture would begin laying bitumen along the new 9km corridor which has just been cleared of more than five million cubic metres of soil and rock.

“I am particularly pleased that despite the extraordinary amount of rain that has fallen across the region in the last couple of months, this major road construction project remains on track.”

The realignment of the Bruce Highway between Sankeys and Traveston roads is a jointly funded project, with the Federal Government contributing $488 million and the State Government a further $125 million.

The fourth construction contract, which includes the building of an interchange near Traveston Road and bridges over Skyring Creek, is expected to start later this year.

The section of road now being built to dual lane standard is about 20 per cent of the total project length from Cooroy to Curra, with the whole project originally to be completed by 2020.

Under the Federal Governments Natural Disaster Relief and Recovery Arrangements council is not funded for staff labour.

Instead ratepayers foot the wages bill for local staff working on repairing roads, bridges and other damage after flooding.

Under the NDRAA scheme the government pays overtime and resources and contractors wages.

Council has employed some sub-contractors to repair flood damage but Acting Director of Engineering Ross Chapman said the costs of staff working on flood recovery was an ongoing issue.

He said a government spokesperson said because council would be paying wages anyway, the government didn’t need to.

Councillors at a recent meeting were concerned about delayed works and money for wages, earmarked for other projects, being eaten by flood recovery works.

Mayor Ron Dyne said the State Government had approached the Federal Government to see if guidelines for NDRRA could be eased so staff wages could be covered.

“I’m confident the Federal Government will come to the party,” he said.

Cr Donna Neilson said talks with government officials revealed staff wages weren’t paid for, so that council would be encouraged continue maintenance jobs and other projects and hire contractors for flood recovery work.

But she didn’t agree and said flood recovery was a priority for the region.

Cr Ian Petersen said he was concerned about flood repairs, saying the region wasn’t even halfway through the cyclone season.

“It’s shaping up to be like one of the old fashioned wet seasons. We need to get as much work done as we can, or we may not be able to catch up if we get a few more events,” he said.

Cr Tony Perrett raised alarm about the funding process. He said there was a two month window in which council had to get as much flood repair work done as possible.

After that period works have to be signed off by the government.

“There’s a lot of work from back in March that’s still not ticked off,” he said.

This time around council doesn’t want to be sitting around waiting for the approvals to go through, he said.

After the initial two month period, a list of works not completed could be sent to the government for funding, Mayor Dyne said, but it could take four to six months before approvals were in place.

“In the past council has taken the risk and done the works before given approvals,” he said.

Cr Dyne said the recovery works would need to be done regardless of government funding.

A major problem council was facing, Cr Friske said, was access to gravel.

With the Monkland quarry closed due to asbestos worries council has had to access gravel from the Moy Pocket Quarry.

Coutesy - http://www.gympietimes.com.au
Posted by Narayanan Ellango No comments: Links to this post

The court rejected the quashing petitions of the junior engineers -- Alakh Kumar, Gyanendra Pandey and Mahesh Singh -- who are facing prosecution by the CBI on the charge of receiving and creating false record regarding supply of Bitumen in Siwan division of road construction department from 1993 to 1996.

Gram Nyayalaya: A division bench, comprising chief Justice Rekha Manharlal Doshit and Justice Jyoti Saran, on Monday gave three weeks time to the Central government to reply whether notification for bringing Bihar under ambit of Gram Nyayalaya Act had been issued or not.

The order was passed on a writ petition of Sudhir Kumar Ojha seeking implementation of Gram Nyayalaya Act for running Gram Nyayalayas in rural areas.


Courtesy: The Times of India http://timesofindia.indiatimes.com/city/patna/HC-seeks-govt-NCTE-stand-on-BEd-colleges/articleshow/7447858.cms#ixzz1DMNsOMS0
Posted by Narayanan Ellango No comments: Links to this post