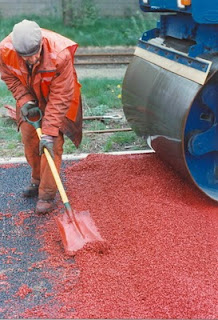 The Agency has developed a draft agreement with the ERCB for the conduct of each environmental assessment. The agreements will establish the mandate and authorities of the joint panels, their composition, as well as the procedures and timelines for the reviews.

The public is invited to submit written comments on the draft agreements in either official language to the Agency by April 6, 2011. After taking public comments into consideration, the agreements will be finalized and made public.

To submit comments, obtain a copy of the agreements or to register as an interested party and be kept informed of the panel review process and ongoing activities, please contact:

The draft agreements as well as additional information on both projects are available on the Agency's Web site at www.ceaa-acee.gc.ca in the Canadian Environmental Assessment Registry under number 10-05-59540 for the Jackpine Mine Expansion Project and 10-05-59539 for the Pierre River Mine Project.

The Agency will make funding available to assist members of the public and Aboriginal groups to participate in the environmental assessments. An announcement regarding participant funding will be made at a later date.

The Pierre River Mine Project proposed by Shell Canada includes the construction, operation, and reclamation of an oil sands surface mine and bitumen extraction facilities. The proposed mining project would be located approximately 90 kilometres north of Fort McMurray on the west side of the Athabasca River. The proposed development includes an open-pit mine, ore handling facility, bitumen extraction facilities, tailings processing facilities, support infrastructure, water and tailings management plans, as well as the construction of a bridge across the Athabasca River. The project is designed to produce a total of 200 000 barrels of bitumen per day.

Shell Canada is also proposing to expand the Jackpine Mine. The expansion would include additional mining areas and associated processing facilities, utilities and infrastructure. The project would be located about 70 kilometres north of Fort McMurray on the east side of the Athabasca River. The expansion project would increase bitumen production by 100 000 barrels per day.

The Canadian Environmental Assessment Agency administers the federal environmental assessment process, which identifies the environmental effects of proposed projects and measures to address those effects, in support of sustainable development.