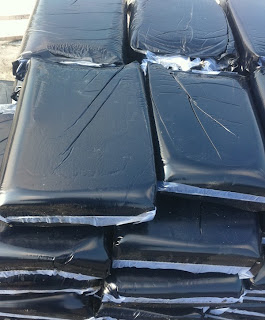 It is possible to construct roads which require overlay not before eight to 12 years. It can save our mountains and hills, huge quantity of fuel, plant and machinery and can earn carbon credits.

Innovative solutions and products are available in India which can enhance the service life of roads by 50 to 150 percent.

SBS PMB can be used as binder for construction of "wearing course" or top layer of the road as well as "binder course" (bituminous layer under wearing course). Use of PMB increases the rut, creep and fatigue resistance of the pavement, enhancing its performance and service life.

Use of SBS PMB in 'wearing course' enhances its overlay period where as its use in the binder course can enhance the design life of the road or reduce thickness of pavement resulting saving in initial cost of road.

Period of overlay of a road, ordinarily being overlaid at five years, will increase to eight (or even 12) years if SBS PMB is used as binder in place of conventional bitumen.

Ironically, MORT&H directed use of modified bitumen for the overlay of all NH since 1999, but only CRMB from PSU refineries (outsourced to small local venders) has been used. However, overly period of most NH which were constructed using CRMB has not been changed by the babus of MORT&H. Surprising BS PMB has not been used in any NH so far. The reason for the apathy can be explained by the babus of MORT&H only. Either they do not understand the efficacy of SBS PMB and continue celebrating the ignorance or there are vested interests.

It addition it saves our hills (stone quarries), fuel, bitumen, plant and machinery, personnel and environment. The commuters gets better roads free of frequent repair and maintenance. Toll collection is higher.

Why do stakeholders not opt for SBS PMB, with so many positives, defies logic, but it is a fact. The answer lies in few contractors managing to get many projects. They want to reduce initial cost irrespective of long term benefits of SBS PMB. There are others who can get away without maintenance of road. 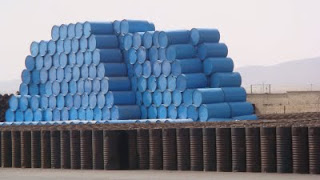 The Public Works Department is targeting to complete the tar-sealing of the Banting Road in Lawas within 10 days upon the arrival of the bitumen.

PBB Bukit Sari branch deputy chairman councillor Puasa Pandin said the shortage of bitumen in Lawas had delayed the completion of the project causing unnecessary inconvenience to the residents in the housing areas here.

Expressing regret that this had been turned into a political issue, he said the project was never an election gimmick as it had been approved prior to the election.

The opposition accuses the BN of election deceit, saying it has abandoned the project after winning the Bukit Sari seat.

The gravel stretch is dusty and passing vehicles have caused dust to get into homes in the area.

Minor accidents involving motorcycles being thrown off balance by the uneven surface have also been reported.

“We appeal to everyone to be patient and not be influenced by the opposition in muddling the situation up to gain public sympathy in its bid to fight for the Lawas parliamentary seat represented by incumbent Datuk Henry Sum Agong,” he said.

Puasa said the opposition has been stepping up efforts to poison the minds of the people, but pointed out that the incumbent was well respected by the people in Bukit Sari and Ba Kelalan state constituencies under the Lawas parliamentary seat.

“He is loved and respected by many for his unassuming and approachable ways, irrespective of racial, cultural or religious background of his constituents,” he pointed out.