LONDON (ICIS)--Low European bitumen prices and high freight rates have kept arbitrages from the US closed for around two years despite it being considered a key exporter into the region, bitumen shipping industry sources said on Tuesday.

“There have been no open arbitrages from the US to Europe for a long time, possibly around two years,” one source said. “Rates [bitumen prices] are not high enough: you’d lose money by transporting material from the US.”

“Sending material from the US to Europe is not economical,” another shipping source said on 18 July.

The first source went on to say there has been very little market activity in Europe for at least six months. Some of his company's bitumen vessels remain unoccupied.

“The market is very quiet, much quieter than usual,” the source added. “At this time of year, all of our vessels are usually occupied. Currently, 40% of them are looking for cargoes.”

This source was unsure of freight rates, but said they are high.

The second source added that freight rates from the US to Europe would depend on the area of the US in question. Major US ports are located on the east coast, in the Gulf of Mexico and on the Pacific coast.

The transport of bitumen requires special vessels, as bitumen containers have to be kept heated. Bitumen freight rates therefore differ from those of chemicals.

While European bitumen prices vary from country to country, most prices are said to be in the €430s/tonne.

Sources were unsure of US bitumen prices.

Modern roads are typically coated with bitumen, a sticky form of tar. While this provides a good driving surface, the characteristic black-top appearance of the road wears away within a few years. Experts are now recommending that white-top roads made of cement might be a better alternative. Alternative investments in cement are expected to pick up as it becomes increasingly popular as a binder used in road construction.

Cement roads require more raw material than ones constructed with bitumen; for a two
lane road, each kilometre of surface would require 900 tonnes of cement but
less than 200 tonnes of bitumen. The real advantage of cement, however, resides in its longevity. Some cement roads in India have lasted since 1939 without the need for extensive repair; the same cannot be said for roads surfaced with bitumen, a material that comes from petroleum.

360investgroup comments “As world fossil fuel supplies dwindle, the price of crude oil is expected to skyrocket; tar is likely to follow a similar pricing pattern, meaning that
in years to come it will be increasingly unaffordable”.

Some industry experts have estimated that worldwide crude reserves will be exhausted
within 25 years. Highway engineers are well aware of this trend and are beginning to consider a variety of different binders that could be used to build roads.
LR Kadiyali, a former chief engineer for the Indian Ministry of Surface
Transport, reports that “cement is a promising alternative binder for road
construction.” 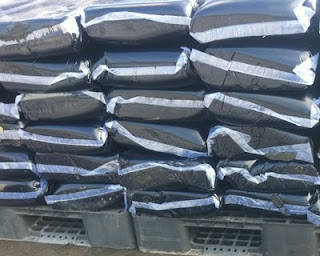 China has agreed to make another multibillion-investment in Canada’s oil sands, this time striking a deal to buy OPTI Canada Inc., the struggling energy company that filed for bankruptcy protection last week.
China National Offshore Oil Corp. has agreed to pay about $2.1-billion (U.S.) for the Calgary-based company, with most of the cash going toward OPTI’s lenders. Indeed, equity shareholders will only receive $34-million, or 12 cents per share. The deal was announced early Wednesday morning.
The proposal not only rescues OPTI, but gives Nexen Inc. a wealthy partner for the Long Lake oil sands project – a major, but troubled, effort. OPTI developed technology that it hoped would transform the industry, but so far its take on upgrading and extracting bitumen via steam-assisted gravity drainage (SAGD) has struggled. OPTI owns 35 per cent of Long Lake. Like other SAGD projects, Nexen and OPTI pipe steam into the ground to melt the bitumen and then suck the tar-like goo to back up to the surface using another pipe, instead of using shovels and trucks to get at the bitumen.
That project’s slow development and ballooning budget put the small oil sands company in a financial pinch years ago. CNOOC, however, is one of the world’s largest energy firms, and Canadian companies and investors have embraced Asian partners because of their deep pockets and patience – both needed at Long Lake.
“CNOOC Limited is a technically experienced and well-capitalized company that is equipped to support further development at Long Lake and future expansions in the Canadian oil sands,” Chris Slubicki, OPTI’s chief executive, said in a statement.
Nexen and OPTI churned out 30,000 barrels of bitumen per day at Long Lake, according to a report in May. (The pair had pledged to produce between 40,000 and 60,000 barrels per day by the end of 2010. Nexen and OPTI have repeatedly missed production targets at Long Lake, pushing them to recently revamp the project’s blueprints and frustrating investors along the way.)
The CNOOC offer needs approval from two thirds of OPTI’s second lien noteholders, and the Canadian company said it has secured support from 55 per cent of these lenders. OPTI’s board, which set out to solve its financial conundrum in November 2009, unanimously supports the proposal.
OPTI does not believe it needs shareholder approval. However, OPTI and CNOOC both need government blessings from China and Canada. Neither country has struck down a proposed oil and gas deal, although the most recent, and largest, proposed energy deal – one between Encana Corp. and PetroChina International Investment Co. Ltd, died before obtaining approval from Ottawa.
Source - http://www.theglobeandmail.com/report-on-business/industry-news/energy-and-resources/chinas-cnooc-to-buy-opti-canada-for-21-billion/article2103126/
Posted by Narayanan Ellango No comments: Links to this post 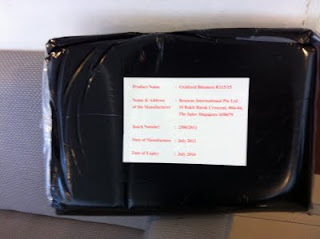 A $7 million plant upgrade is set to provide Tauranga and the rest of New Zealand with improved products for roads.

Downer’s Mount Maunganui bitumen plant has undergone the upgrade to improve its efficiency and reduce its power while providing improves products.

The project took seven months and was timed so the plant could take delivery of raw materials from offshore to meet production requirements for the new roading season.

“The upgrade means we will be able to run more efficiently and spend less on power,” says Downer’s technical sales manager Phillip Muir.

The new plant will be officially launched at the Sebel Trinity Wharf Hotel with 90-100 people attending from the across the country.