PACIFIC FUTURE ENERGY, which is planning to build the world’s “greenest bitumen-to-fuels refinery” in Canada has announced plans to transport bitumen to the refinery by rail in a near-solid “neatbit” state.
The company initially announced that it would build the C$15bn (US$10bn) refinery on the British Columbian coast back in 2014, and would export refined products, rather than raw bitumen, to Asia. It has now submitted a full formal project description, produced by SNC Lavalin, to Canadian regulators. The refinery will refine bitumen from oilsands in western Canada.
Bitumen is usually transported by pipeline as “dilbit”, a diluted, more fluid version containing about 70% bitumen and 30% diluent, or by rail as “railbit”, which contains around 88% bitumen. Pacific Future Energy, however, believes that transporting neatbit, which is as the name suggests, 100% bitumen, is more environmentally sound.
The company describes neatbit as having “a consistency similar to peanut butter”, which does not flow unless heated. It has very low flammability, is stable, and is classified as non-dangerous for transport. In the rare chance of a train derailment or a crash, the bitumen could not flow anywhere and would be much easier to clean up, minimising environmental damage.
First Nations groups and environmentalists alike have criticised plans for pipelines through pristine landscapes. In addition, Pacific Future Energy has pledged to use TC-117 railcars, a new model specifically designed for oil transport.
Pacific Future Energy has selected an area known as the Dubose Flats in which to build the 200,000 bbl/d refinery. The refinery will be powered by wood waste biomass, from the local forestry industry, and the company claims its net carbon emissions will be near zero.
Exporting refined products will pose less of a risk than raw bitumen to the marine environment in the case of a spill. The refinery is expected to create 3,500 jobs during construction and 1,000 during operation.
“Not only would our proposal provide a value-added way to get Canadian oil to growing world markets, but it would also protect both Canada’s land and marine environments from the effects of a heavy oil or bitumen spill,” said CEO Robert Delamar.
Pacific Future Energy will consult with Canada’s First Nations, the Canadian Environmental Assessment Agency the British Columbia Environmental Assessment Office and the public as it finalises plans for the refinery. The company hopes to begin construction in 2018, with startup scheduled for 2021.
Several other bitumen refining plants are planned on the British Columbia coast, including by Eagle Spirit Energy and newspaper tycoon David Black.

Source- The Chemical Engineer
Posted by Narayanan Ellango No comments: Links to this post 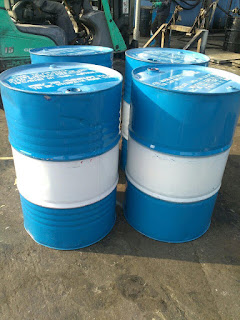 Ergon Asphalt & Emulsions, Inc., (Ergon A&E) announced today it has been approved to move forward with construction on a new asphalt terminal in Manor, TX. Construction on the facility, which will span some 27 acres, is set to begin in early 2016 with an anticipated completion preceding the 2017 road construction and paving season.

The new terminal will be located approximately 15 miles from the Austin city center with prime access to nearby interstate thoroughfares for direct customer sales. The terminal will be served by both inbound rail and truck receipt capabilities.

Upon completion of the new Manor terminal, the facility will bring between 10-15 new jobs to the area including positions in operations, sales & marketing, management and facility maintenance.

Ergon Asphalt & Emulsions, Inc., is an Ergon company, and the premier asphalt and emulsions marketer in North America. Its manufacturing network encompasses more than 30 asphalt and emulsions facilities located from Coast-to-Coast. The company is an industry-recognized leader for road maintenance education and innovation with quality neat and polymer modified asphalt products and emulsions, in addition to a family of cost-effective pavement preservation solutions engineered to maintain the integrity of transportation networks.

Source - Businesswire
Posted by Narayanan Ellango No comments: Links to this post