With five international consortia among the 17 bidders, which qualified for the 29.2km coastal road project in the city, including China and Italy, the Brihanmumbai Mumbai Corporation (BMC) has written to the Centre for security clearance.
The proposals of 17 bidders will be analysed by a consultant appointed by the civic body.
After the analysis, the financial bids will be opened and the contract will be given to the lowest bidder.
However, if the Union Home Ministry disqualifies any firm, their financial bids will not be opened and will be automatically rejected.
“We have written to the Centre informing about the international firms’ participation and their security clearances,” said Sanjay Mukherjee, additional municipal commissioner, projects.
Talking about the commencement of work, BMC chief Ajoy Mehta said, “The actual construction of the Coastal Road between Marine Drive to Kandivli will begin in May this year, once the tendering process is completed in the next two months.”
The Hajo Ali section of the road. (HT Photo)
“The first phase of Marine Drive to Bandra Worli Sea Link has to be constructed by the BMC, while the construction of the remaining part will be taken care of by MSRDC,” he added.
Meanwhile, the international firms participating in the bid are from China, Italy, Korea, Dutch and Gulf countries.
Amid Sikkim stand off last year, Union Home Ministry had denied security clearance to Chinese consortium China Railway Major Bridge Engineering Group Limited in joint venture (JV) with Gayatri Projects Limited for the construction of Mumbai Trans Harbour Link.
The BMC is currently awaiting reply from the home ministry for its coastal road project.
In the past, Chinese companies have been disqualified by the Union Cabinet Committee on security grounds because of the growing cross border tensions between the two countries.
Chinese companies were also denied security clearance for the construction of Bandra-Worli Sea Link (BWSL).
Ajoy Mehta had ordered the civic officials to finalise the request for proposal (RFP) tender by March 15, 2018.
The coastal road aims to provide connectivity between western suburb and the island city.
The civic body proposed that the work be divided into two parts.
The south phase of the bridge will run from Princess Street flyover till the south end of the Bandra-Worli sea link and the north phase will cover the stretch from the north-end of the sea link to Kandivli.
The coastal road will have eight lanes with two dedicated bus lanes.
The project will require 186 hectares of land to be reclaimed, of which 91 hectares will be developed as green spaces. Stay updated with all the Mumbai Latest News headlines here. For more exclusive & live news updates from all around India, stay connected with NYOOOZ.

Source:-https://www.hindustantimes.com/mumbai-news/mumbai-civic-body-seeks-coastal-road-security-nod-from-centre/story-PcjIpoz2rT15KJGz3PBRqJ.html
Posted by Narayanan Ellango No comments: Links to this post

As many as 2,000 road projects awarded to contractors on multiyear contracts have hit a stalemate as no budget has been allocated for these projects in the current fiscal year. 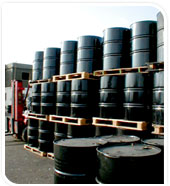 The Department of Roads (DoR) had started around 2,000 road projects in different parts of the country on multiyear contract after taking permission from the Ministry of Finance. These road projects fall under different budget headings like Kathmandu Urban Roads, regional, tourism and city roads, among others.

After the country adopted federal set up, infrastructure projects like Kathmandu Urban Roads, regional, tourism and city roads, among others, have come under the jurisdiction of local bodies and provincial governments. But local bodies have not been able to provide budget for these projects as they have not yet received authorization to implement such works.

Contractors have warned that they would stop all construction work until they receive payment for completed works from the Ministry of Finance.

These contracts are worth Rs 17 billion, and around Rs 7 billion of this has already been spent.

Contractors are pressing the DoR to release payments and compensate them for the loss caused by the delay in release of payment. The DoR accordingly forwarded a proposal to the Ministry of Finance for transfer of Rs 2.6 billion allocated for the projects but remained unspent in the last fiscal year. But the proposal is gathering dust at the finance ministry.

Officials of DoR said the that problem can be sorted out for the time being if the finance ministry transfers Rs 2.6 billion as requested and allocates another Rs 3 billion.

“We have been assuring the contractors that the finance ministry will release the budget soon. But frankly saying, we have not received any response from the ministry yet,” added Gautam.

In Fiscal Year 2015/16, the DoR awarded the tender for drainage and graveling work of Butawal-Belbas-Nuwakot-Palpa Tourist Road (10 km) to contracting firm Mahalaxmi-Divyajyoti at Rs 129.3 million. Similarly, the contract to blacktop the road worth Rs 92.7 million was awarded to Parkritik Construction Service. Mahalaxmi-Divyajyoti completed 58 percent of the works in FY 2016/17. But the contractor has slowed work this year as it has not got payment for the completed works.

“We are not even in a situation to pay our workers and buy petroleum products for our equipment,” Hari Rijal of Mahalaxmi Construction - a JV partner of Mahalaxmi-Divyajyoti - said.

The road project has to a pay total of Rs 60 million to the two contractors.

Construction entrepreneurs two weeks ago padlocked division road offices of Kathmandu and Charikot to press the government for early release of payments.

Bishnu Bhai Shrestha, president of Federation of Nepal Construction Entrepreneurs of Nepal, said that construction entrepreneurs are still to receive Rs 42 billion from government agencies for works completed across the country.

Though the construction entrepreneurs have raised the issue before both the Minister for Finance and the Minister for Physical Infrastructure and Transport as well as the foreign secretary, they have only received assurances.

According to the Public Procurement Regulation 2007, contractors should get payment for completed works within 30 days of submission of expenditure bill. If they did not receive their payment on time, they should get compensation as well, according to the regulation.

Source- My Republica
Posted by Narayanan Ellango No comments: Links to this post