Israeli police on Sunday questioned Israeli-American billionaire Shari Arison in connection with an ongoing bribery investigation into the country’s largest construction firm, Shikun & Binui, which is alleged to have bribed Kenyan officials to win lucrative road tenders.
In a joint statement on Sunday, the Israeli police and the Israel Securities Authority said their investigation was focusing on suspicions that the company bribed foreign government officials to advance projects worth hundreds of millions of dollars in Kenya and other countries.
Ms Arison was summoned on Sunday along with another executive of Arison Group, Efrat Peled, by the Israeli police’s anti-corruption unit, Arison Group said in a statement.
“They cooperated fully and are certain there was no flaw in their conduct, and that this will also be the conclusion of the enforcement agencies,” the firm was quoted saying by Reuters.
Investigation into the Tel Aviv-based construction group is expected to also place a section of current and former Kenyan Transport ministry officials on the spot over their involvement in suspected corruption.
Israel police on February 20, opened investigations into the activities of Shikun & Binui’s former senior managers suspected of involvement in the bribery in Kenya.
The firm works in Kenya through its subsidiary Solel Boneh International Holdings (SBI Holdings).
SBI Holdings is the company that Nairobi picked to build the World Bank-funded Mau Summit-Kericho-Kisumu Highway at a cost of Sh14 billion in 2010.
Shikun & Binui said in February that four current and former employees of a foreign subsidiary had been detained for questioning by Israeli police on suspicion of bribery in Kenya and other African nations.
SBI, which is one of the largest contraction firms in Israel, has been bidding for other lucrative construction projects in Kenya.
The probe has turned the heat on those who served at the helm of the Transport and Infrastructure ministry at the time the suspect contracts were awarded.
Source- Business daily Africa
Posted by Narayanan Ellango No comments: Links to this post

Sanral’s rollout of stalled contracts ‘will not help much’

Analysts say that while starved construction firms will pounce on the tenders, they doubt whether the roads agency can afford new projects 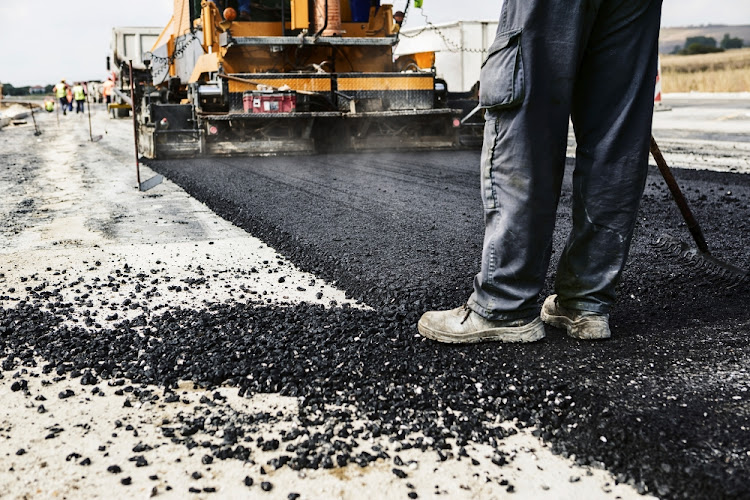 Picture: ISTOCK
The South African National Roads Agency (Sanral), which has starved the construction sector of work for nearly a year, is finally waking up from its slumber — although analysts say it will have little room to manoeuvre for the foreseeable future.
Sanral’s rollout of contracts stalled in 2017 because of disagreements with the Treasury over processes to award consulting service tenders. That led to a major backlog of road projects and has taken its toll on the ailing construction industry.
Basil Read, which has a roads division, is one of several contractors to have succumbed to the generally anaemic state of the industry. The 66-year-old firm was forced into business rescue in June. 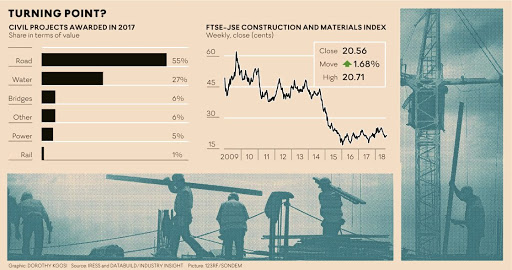 Sanral spokesman Vusi Mona told Business Day the roads agency "is contracting again after resolving the issue of design contracts with Treasury".
"We have now resumed the awarding of both design contracts and construction work," Mona said.
AECI CEO Mark Dytor, whose company recently bought materials supplier Much Asphalt, told Business Day last week that Sanral and other roads agencies had started appointing engineers to oversee tender evaluations.
Dytor agreed the Treasury had become more prudent in its cash disbursements and the new government was "clamping down on where the money’s going at the moment".
"But what we are seeing from the likes of Sanral is that contracts are starting to be let out, and I think that bodes well for the last quarter of the year and next year," he said.
"If the country is to grow we have to spend on infrastructure," Dytor said, adding that he expected President Cyril Ramaphosa to prioritise roads and other similar projects.
However, analysts say that while starved construction firms would pounce at tenders, they doubt whether Sanral can afford new roads.
Ample capacity
FNB senior economic analyst Jason Muscat said there was ample capacity in the industry for road projects, since large contractors, including Raubex, were largely weathering the storm.
"But government finances are really not in a position for new builds — at the moment it’s really about keeping everything bandaged up sufficiently to keep going. So I would imagine the bulk of Sanral’s spend is going to go towards maintenance rather than new infrastructure."
Muscat said the state was having to cut back on infrastructure to fund items such as free tertiary education and to provide guarantees for state-owned enterprises.
And if calls within the ANC to scrap e-tolls were taken seriously, Sanral’s woes in the debt capital markets would be compounded.
Muscat said the construction industry as a whole was in a desperate state.
The civil confidence index, which FNB compiles along with the Bureau of Economic Research, fell to 15 points in the second quarter — the fourth-lowest number in the index’s 21-year history.
The average reading over the two decades is 45 points.
The second-quarter reading shows that 85% of respondents did not have confidence in the civil construction sector, partly because competition for the few tenders in the market was becoming even fiercer, and margins were now ultra-thin at best. As many as 90% of respondents said that there was insufficient work, primarily due to the lack of state projects.
Aveng’s share price was closing in on R70 prior to the 2010 Fifa World Cup, but has plummeted to just 8c on Wednesday. Over the same period, Group Five has fallen from close to R60 to 85c and Esor from about R6 to 10c.
Those with bigger international footprints, such as WBHO, have held up better.
Muscat expects more failures in the industry, or at least some consolidation.
He cited German firm Aton’s hostile bid for Murray & Roberts, which in turn has been trying to buy out Aveng.
He said FNB was concerned that following SA’s weak growth in the first quarter and negative high-frequency data in the second quarter, the bank may have to revise its 2018 growth forecasts for the country downwards, from 1.6%.
"We’re concerned that downgrades are soon going to be in the spotlight again, and obviously that’s going to hit Sanral and Eskom bonds … and it’s going to make the cost of financing that debt almost unmanageable, so we’re really up against it at the moment."
Industry Insight economist David Metelerkamp said the release of Sanral projects would be a "good boost" for the construction industry, since road projects account for the bulk of civil construction work — as much as 55% in 2017.
"So this would be a big reprieve for some contractors — in the short run — that are absolutely dying for work."
Most contractors were operating at between 51% and 75% capacity, which meant they had "plenty of resources lying idle waiting for the next job".
However, Metelerkamp said that the country still had too many construction companies compared with other markets, so failures in the current environment were inevitable.
"And even if Sanral are to release a flurry of projects, it still won’t be a big enough reprieve for the overall sector," Metelerkamp said.
hedleyn@businesslive.co.za
Posted by Narayanan Ellango No comments: Links to this post